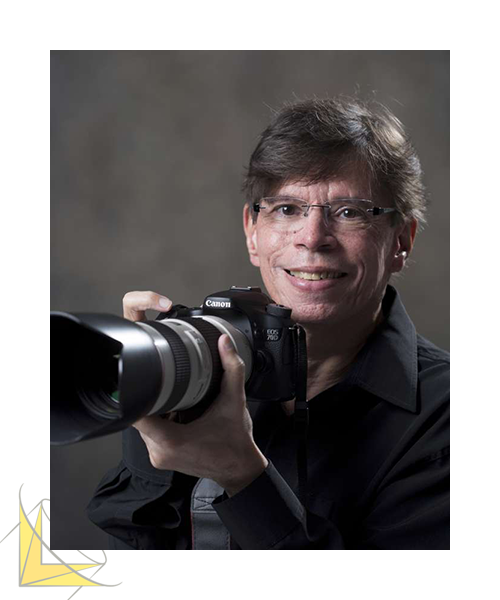 He studied Industrial Design at Mackenzie University, São Paulo, from 1980 to 1983.

He began as a self-taught photographer in 1978, when he received his first prize, the 1st Place in Photography at the V Young Art Week.

He became a professional in 1984, covering shows, events and editorials.

In 1986, he set up his first Photographic Studio. Since then, he has been working in various fields of photography, such as architecture, books, shows, advertising, nature, still, travel, aerial and underwater photography. He has already done work for Folha de São Paulo and was a correspondent for VEJA Magazine.

He has participated in several individual exhibitions and contests, both national and international, receiving his first international award in 1991 in Turkey.

Since then he has had several accepted and awarded photos in various contests around the world.