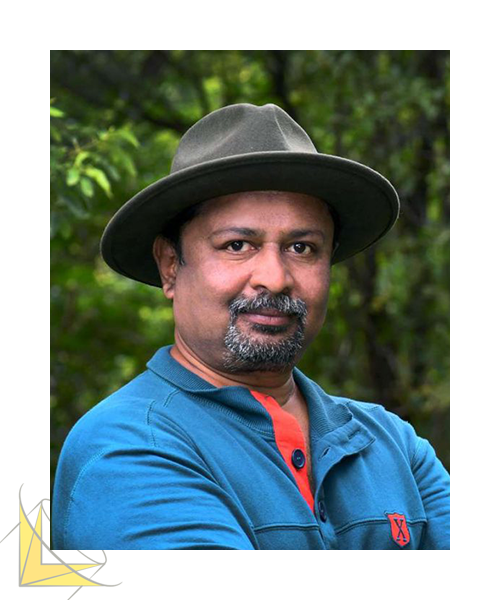 The art of playing with light and presenting things ordinary in extraordinary perspective, the portrayal of nature in its finest detail, and to capture the various human emotions in all its glory is what distinguishes Satish. The urge to play is but natural to any child, but to play with light and bring forth beautiful images at the age of 12 is sheer prodigy. It is this gift of nature that made him take up cinematography in his academic stint. It was during his graduation that he started to capture nature in all its glory, naturally  flowed appreciation and awards in both nature and pictorial sections of photography contests the world over.

Satish now 55 has been honored with International Distinctions. viz:

It must be noted that he is the first Indian to be honored with EFIAP and MFIAP in Nature color prints; one of the highest honors in the photographic world.

He is the first Indian to get Two Masters from world bodies of photography in Nature photography.

Apart from the above honors that have been conferred on him, it is but apparent that he has won many a competition garnering up to 905 and odd awards among which gold medals in China, Scotland, Austria, Finland and France are but significant. Over 1150 of his pictures have been exhibited in numerous national and international salons. The other notable nuggets among his precious awards are

His love for light and color has taken him across the subcontinent, and needless to say he is an avid traveler and has traveled all over India over 52 times, photographing its people, diverse culture, exquisite traditions, amazing landscapes, and vivid wild life. He also has visited 4 other countries for photography. He has in his possession more than 1,00,000 pictures on all subjects in Digital files. He does portraits, product photography and occasionally industrial photography too. Many of his pictures have been published in international magazines, catalogs, newspapers, brochures and books. His pictures have graced all the guidebooks brought out by “Outlook traveler” and “Today- Travel Plus “Magazine.  WWF, BEML, BHEL, MICO, MCF, Canara Bank and many more Calendar spreads.

Satish, conducts Nature and Wildlife Photography Workshops for the enthusiasts. He has so far organized 8 workshops in wild life in the jungles of Bhandavgarh, Kanha, Bandipur and Ranathambore National parks.

He has done assignment for Karnataka Tourism, Indian Coffee Board, NALCO – Orissa and many of his pictures have been published in their brochures and posters.

Besides all these, he trains Amateurs by giving them classes in Basic photography and teaches them wildlife photography in workshops conducted on location in the forests, and over 400 students have gained the knowledge.

He served as Secretary and Vice president in Youth photographic society, which is the premier photography clubs in India.  For 35 years, he is the member of the club and currently he is the President of Youth Photographic society of Bangalore. For his yeomen services to the cause of art of photography YPS has bestowed upon him their Honorary membership.