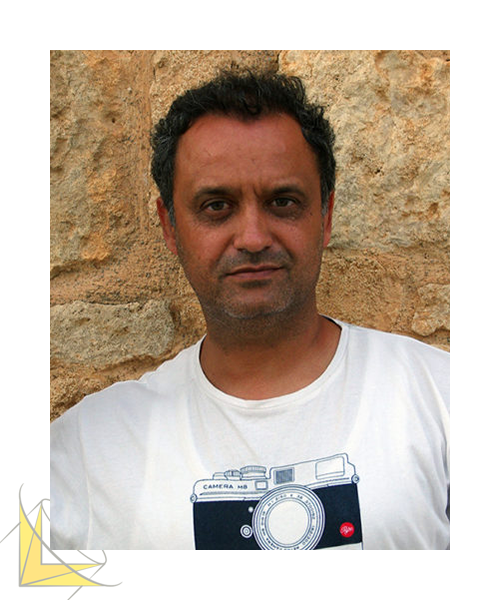 Mehmet Gökyiğit was born in 1965 in Poli – Paphos (Cyprus). He has been a member of the Cyprus Turkish Photography Association (FODER) since 2005 and he is currently the Chairman of the Association.

He is interested in Nature and Landscape photography, and he likes to create Panoramic photos.

Gökyiğit, has contributed to many exhibitions in Cyprus, Turkey and abroad between the years 2005-2019 with his photographs. He also participated in the 5th, 6th, 7th and 9th Photography Days held by Near East University . In the 2nd International Lefke CMC conference held in 2007, his visual presentation on CMC Wastes was screened at the conference opening.

Gökyiğit, who contributed to the programs “Green Politics”, “Environmentalist” and “Coffee Talks” aired by BRT between the years 2007 and 2010, participated in many photographic events and exhibitions held by national and international institutions, foundations and TURKSOY (International Organization of Turkic Culture).

Mehmet Gökyiğit, who has participated in various photo contests held in the country as a jury member and his photographs took place in many newspapers, magazines and books in Cyprus and abroad.

Since the end of 2013 his photographs have won many International Awards and got acceptances at the International competitions organized by FIAP, PSA, GPU, IAAP,  UPI and MoL. Gökyiğit has been awarded with the title of EFIAP / b (Excellence FIAP Bronze) by FIAP in 2018

Gökyiğit is amongst 17 photography artists who gave an interview and took part in photographer and story writer Ceyhan Özyıldız’s book entitled “Modern Turkish Cypriot Photography; Interviews: Techniques, Ideas and Studies” which was published in 2013.